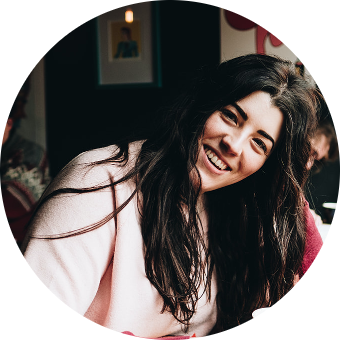 All too often, yoga philosophy can feel just as inaccessible as some of the morre complex and gymnastic asana.

If you’ve tried tackling yoga philosophy, and it’s ended up feeling like you’re attempting a mental handstand, then this is the course for you.

At Nourish, everything we do is underpinned by our values: it has to be joyful, inclusive & person-centered. And now we’re bringing those values and our signature approach to help make yoga philosophy more accessible, inclusive and joyful for you!

Join Harriet and Venetia for a journey over 5 weeks, which will firmly orient you in the story and perspectives of yoga philosophies ranging from Classical Yoga to Tantra, Haṭhayoga to Buddhism. This course aims to act as an introduction to these systems of thought and practice, helping you to navigate what can often seem like competing and conflicting ideas. We’ll also build a foundation in Sanskrit, before diving into the Yoga Sūtra of Patañjali.

This is a course firmly grounded in practice and experience -- along with talking about ideas, we’ll also find ways to explore these concepts in an embodied and practical way. So yes, there’ll be lectures and discussion, but there’ll also be meditation, prāṇāyāma and even some movement thrown in.

We’re thrilled to be bringing this course to you, and hope that you’ll find solace, inspiration and joy in what will be uncovered.

Welcome, Introduction: In our first session, we’ll identify some landmarks in the history of yoga and its surrounding philosophies. We’ll investigate the āstika & nāstika schools of South Asian philosophy, and how they relate to the study of yoga philosophy (and for us today!).

Sanskrit for Yogis: Sanskrit can be both a beautiful language, and a confounding factor for those new to exploring yoga philosophy. Learn the basic sounds of the Sanskrit alphabet, and begin to pronounce familiar Sanskrit words. We’ll also explore the historical and political context of Sanskrit, particularly how it is used in today’s yoga world.

Overview of Yoga Philosophies: In this session, we will begin to unravel common threads of yoga philosophy and begin to build our understanding of how they intersect and relate to each other. We’ll define & explore: pre-modern haṭhayoga, tantra and relationships to Buddhism, mindfulness & new age philosophies.

Exploring Book One of the Yoga Sūtra: In our final session, we’ll continue our journey with Book One of the Yoga Sūtra: Samādhipādaḥ (Book on Samādhi). We’ll draw out the key themes and ideas from what is sometimes an obscure and abstract text, but contains some truly beautiful insights and approaches to practice. This isn’t a line-by-line reading: instead we’ll work thematically and highlight key sūtras as we go.


Who is this course for?
This course is suitable for anyone interested in deepening their knowledge and understanding of systems of yoga philosophy and thinking. We welcome interested students, teacher trainees, and yoga teachers.

This module is offered as part of Nourish’s 300 hour teacher training, but can be taken by any teacher wishing to improve their skills in this area as Continuing Professional Development (CPD). The module will run as five weekly sessions of three hours, and combine theory, practice and skills development.

Nourish Yoga Training's 300 hour Advanced Teacher Training is registered with Yoga Alliance (International), and is completed as a series of standalone modules which can be taken over 3 years. There are limited spaces available. If you are taking this course as CPD or part of our 300 hours, you are able to miss one session and a recorded session can be provided for the missed module only at no further cost.


Course Materials
You will be provided with a manual via PDF, with a copy of Book One of the Yoga Sūtra. You will receive a further reading list, which is recommended, rather than required reading.


Pricing
We believe in the importance and value of this training, and would like to offer a scaled pricing system, which enables attendees to pay which tier feels most appropriate for them. Please note there are NO further discounts available (i.e. no student discounts, etc).

Harriet McAtee is the founder and lead trainer of Nourish Yoga Training. Movement, yoga, and our minds have always fascinated her. From a young age, Harriet has nearly always been involved in some form of dance, martial art, gymnastics or sport. She found yoga as a thirteen year-old and it firmly secured its place in her heart. Harriet’s teaching emphasises empowering students to embrace and nourish their bodies and minds, with a focus on embodied movement, cultivating intuition and fun. She relishes the opportunity to make practice matter in everyday life through social justice & making yoga accessible and inclusive. Harriet is currently registered with Yoga Alliance (E-RYT® 500, YACEP®).

Venetia is a teacher and trainer who is currently completing her MA in traditions of Yoga and Meditation. Learning, inquiry and subtlety have all informed Venetia’s teaching. She believes a practice doesn't have to be forceful to be effective, and after years of Ashtanga and athletics she found the quiet practice of yin and it has guided her work and studies ever since. Venetia is currently registered with Yoga Alliance (E-RYT® 500).
Share this class

Questions of race, racism and decolonisation have come to the mainstream in Western yoga communities over the last few years, largely due to the extraordinary efforts of South Asian, Black, queer and female teachers. But underlying assumptions about what yoga is and where it comes from often remain rooted in far-right Hindu nationalist narratives and (self–)Orientalism – even, perhaps especially, in many antiracist yoga spaces. Texts emerging from casteist, patriarchal traditions, like the Yoga Sutras of Patanjali and the Bhagavad Gita, are placed at the centre of modern yoga and used as inspiration for calls to progressive political action; but many of these calls go no further than encouraging education, advocacy for inclusion, and individualised responsibility.

This workshop is a space for exploring and energising possibilities. What would it look like to organise, to build power and networks of support, as well as educating or advocating? Who are our ancestors and comrades in this work – communities of contemplative practice and care who were/are actively resisting unjust and violent states? Diversity, equity, and inclusion might be valuable goals, but what about working towards a more radical transformation of our world? What about resistance, solidarity, and liberation?

Hindu fascist yoga?: historic and political contexts to modern postural yoga.
Drawing on Mark Singleton’s Yoga Body and Elizabeth De Michelis’ A History of Modern Yoga, we’ll sketch out an understanding of modern postural yoga – the practice done at studios and retreat centres around the world – as an early 20th century innovation, inspired as much by Western gymnastics as by any South Asian physical or spiritual traditions. Drawing on insights and evidence from critical yoga studies scholars, we’ll explore how dominant narratives about the ‘roots’ of yoga, even in popular progressive spaces, can centre orthodox, oppressive pre-modern traditions, and (more importantly) reinforce the soft power propaganda projects of the violently regressive Hindu far right that’s currently in government in India.

Spiritual liberation, political liberation: introducing some radical ancestors.
Focusing on traditions with links to modern and pre-modern yoga, we’ll celebrate the memory of radical spiritual ancestors and predecessors, broadening the landscape and sinking alternative roots to our practice. Adapting to the experiences of those in the room, we’ll focus on traditions often erased in contemporary Western yoga discourse such as Islamic tantra among medieval Isma’ilis, early Sikh communes and open kitchens, and the biggest religious movement of the 20th century, Ambedkar’s anti-caste Dalit Buddhism.


Educate, agitate, organise: where do we go from here?
Taking inspiration from the ancestors discussed before, and from contemporary political and spiritual movements, we’ll dream, discuss, and even lay foundations for strategising. What can we learn from contemporary Buddhist socialists, or engaging critically with Thich Nhat Hanh’s ‘Engaged Buddhism’? How about the Quakers? Again drawing on the experiences, experiences, and communities of those present, there’ll be the opportunity to explore the disability, racial, and economic justice oriented Healing Justice movement, the new wave of trade union organising among yoga teachers in New York, the UK and Germany, and potential future paths for us as individuals and as a community of yoga practitioners and teachers.

Who is this workshop for?
This workshop is for anyone interested in the radical politics of yoga and related traditions – yoga teachers and practitioners, as well as practitioners, educators, and generally interested people from other contexts! It’s suitable as an introduction to race and yoga in the West, and for those invested in yoga race discourse who are keen to broaden the horizons of the dominant discourse, or experience a highly accessible introduction to critical yoga studies and political action beyond education.

Pricing
We believe in the importance and value of this training, and would like to offer a scaled pricing system, which enables attendees to pay which tier feels most appropriate for them. Please note there are NO further discounts available (i.e. no student discounts, etc).

About the facilitator
Simran (they/them) is a yoga teacher, organiser, poet and theatremaker. They've been recognised internationally for their education work on race, queerness, colonialism and radical community building in yoga, and are currently the secretary of the newly formed Yoga Teachers' Union UK, a branch of the grassroots-focused Independent Workers' Union of Great Britain. They're also the founding director of Coriander Theatre, the UK's first theatre company made entirely of queer people of colour, and, since graduating from Oxford, live in Hackney where they work for a local anti-poverty charity.
Share this class