Can Science Explain What Makes a Good Yoga Class?

We all know the feeling; so blissed out in savasana that we might feel like we’ve drifted out of our bodies for a second. Or maybe we just drifted off to sleep - whatever works for you. Then there are the times we’re convinced that our yoga teacher must actually be psychic, because how else could they know that we’ve had an emotional day and what we really need is a gentle series of forward folds and twists?

We also probably each have a different definition of what makes a good yoga class. For some, maybe it’s needing to leave the studio dripping in sweat; for others, it could be reconnecting to a sense of inner peace. But whatever your idea of good is, it usually relates to how you feel energetically. So this begs the question: is there some sort of formula behind how a yoga class makes us feel?

The short answer; probably yes. Most teachers would agree that there are certain principles to consider when sequencing asana around a theme. Depending on which tradition you follow these principles could range from the prana vayus, or energy currents inside the body, to the gunas, or attitudes of the mind. I’m a firm believer in energetic principles like these, and I’m convinced that using them to sequence flows - along with focusing on the breath - are what marks the distinction between making shapes on a mat, or practicing yoga.

But this is all based on what I’ve learned from my own teachers, from translations of yogic texts like the Hatha Yoga Pradipika, and my experiences in my own practice - no science here.

It’s pretty safe to say that Patanjali probably wasn’t carrying out randomized trials, but we can probably all agree that he was onto something.

So what does science say about yoga?

Thanks to various studies and trials, our understanding of what’s happening in our bodies and brains as we practice is growing. One of the most fascinating, and rewarding, aspects of this as a yogi is that science and the medical world are tentatively coming around to the idea that there are some measurable, evidence-based benefits to practicing yoga.

Whilst yogis have been benefiting from practicing asana and meditation for years, some of these same health-related benefits are now recognized by some doctors and scientists. From studies showing that meditation practices as complementary therapy can help to lower blood pressure and reduce cardiovascular disease to those which prove that we can even positively change the structure of our brains - known as neuroplasticity - and as a result reduce stress and improve memory, there are plenty of reasons to establish a practice.

But alongside claims which have been backed up by randomized trials, there are plenty more that haven’t been studied yet (or have already been debunked). How many of us can say that we’ve heard (or said) things like twists wring out toxins from the body, that forward folds can help with anxiety, or that backbends can help with depression because they stimulate the energizing sympathetic nervous system?

This may not be a problem for you. Many students probably don’t care at all whether science can back up the claims of what their teacher says, just like some yoga teachers won’t be bothered whether what they share with their students has any foundations in scientific knowledge. It’s pretty safe to say that Patanjali probably wasn’t carrying out randomized trials, but we can probably all agree that he was onto something. Twists do feel detoxifying, backbends are revitalizing and forward folds make us calmer - so what’s the issue?

If we want to continue working alongside healthcare professionals and having yoga classes prescribed as a complementary therapy alongside western medicine, we need to be honest about where our ideas come from.

Has science looked at the effects of specific asana?

As a bit of an anatomy geek (and on some days a skeptic), claims about specific asana can be hard to swallow without understanding where they come from. There was one particular episode where I searched for a week for the truth behind why backbends stimulate the sympathetic nervous system, and forward folds trigger the parasympathetic. (The parasympathetic nervous system is our ‘rest and digest’ response, which decreases our heart rate and slows breathing, leaving us feeling generally more relaxed). I scoured the internet, begged the lead teacher of my teacher training to explain further, flipped through as many anatomy and physiology textbooks as I could get my hands on, and even spoke to two doctors in the hopes that they could shed some light on the situation. They could not.

If you’ve ever looked into why backbends can make you feel as though you’ve just downed a double espresso, you’ve maybe heard the common response that it’s because bending backward squeezes the adrenal glands, which is where the hormones adrenaline and cortisol are produced. Adrenaline triggers the ‘fight or flight’ response when we’re under stress, and cortisol - which is also known as the stress hormone - increases heart rate, respiration, and blood pressure when we’re under stress.

Except for the fact that the adrenals are actually controlled by the pituitary gland, which is located in the head. So nowhere near our back whilst it’s supposedly busy squeezing things. In fact, there doesn’t actually seem to be any evidence that ‘squeezing’ the adrenals can cause them to produce hormones at all. So for me, touting that we feel energized due to some complex hormonal process that an asana has triggered seems not only like it’s stretching the truth, but it’s also sort of just making things up. And how did we get from here to some teachers claiming that “backbends can help cure depression”? 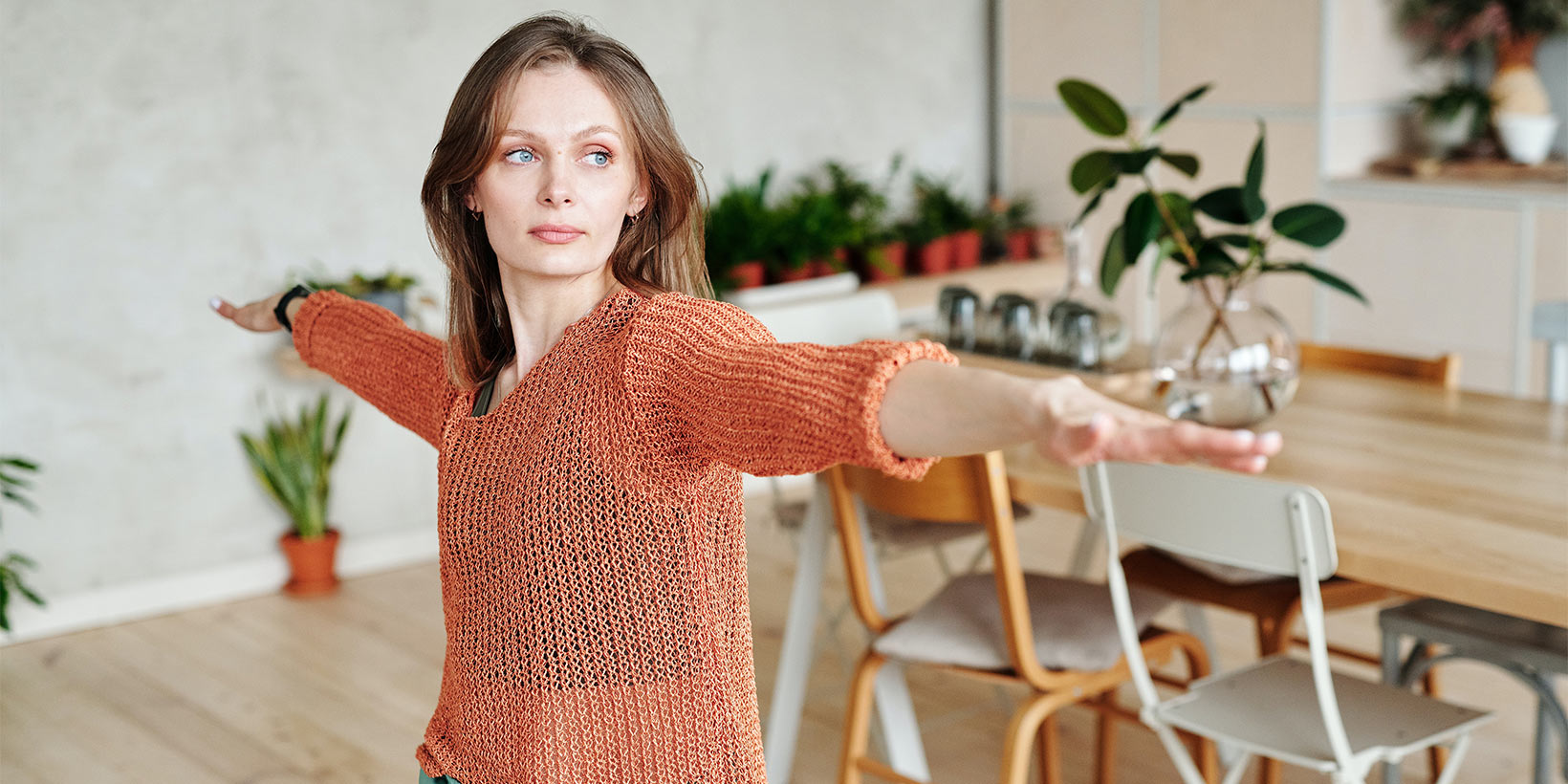 As yoga teachers, should we be more careful about the claims we make during classes?

I would say yes - but ultimately it’s up to you. For some, yoga’s ancient wisdom and the incredible experiences that it allows us to have are evidence enough that it works. We can feel the different effects that different categories of asana have, so why care whether they’re true in the evidence-based sense of the word.

But in a culture that’s more and more data-driven, and with yoga being used as part of a more holistic approach to health, we should be careful about supposedly scientific claims. As teachers, if we want to continue working alongside healthcare professionals and having yoga classes prescribed as a complementary therapy alongside western medicine, we need to be honest about where our ideas come from.

There’s nothing wrong with theming an evening yoga class around the belief that forward folds are calming, and the perfect remedy to a stressful day. Or making sure your invigorating morning vinyasa class has lots of energy-boosting backbends to set your students up for the day. These things work. If this knowledge comes from our own yoga teachers, texts, or simply our own experiences, let’s acknowledge that. But trying to legitimize our experiences - or sequence our classes - through scientific ideas without any proof? This is doing more harm than good. 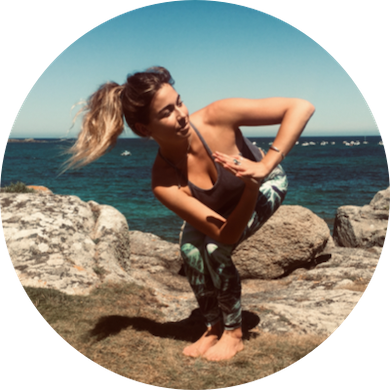 Kathryn Foley is a yoga teacher, founder of Vaihau Yoga and freelance writer. With her passion for yoga and wellness as well as a love of the ocean, she’s currently studying prenatal yoga and surfing her way through pregnancy and the transition into motherhood.

Making Your Way In To Warrior II

In this article we highlight some of the foundational asanas. We also describe common misalignments that are useful to be aware of if you’re a yoga teacher or student.

Light Your Inner Fire This Winter With These Five Yoga Poses

As the temperature drops, it gets harder and harder to want to leave your bed and hit your mat. Fuzzy pajamas are certainly more cuddly than a sports bra!