Anxiety is one of America’s two most common mental conditions, affecting 40 million adults a year. Depression, which is also prevalent in this and other countries across the globe, is another condition that is triggered by stress. Yoga is a millenary activity that has been the subject of countless studies.

This sensation can help them feel more in control of their bodies and can enlighten them on their own ability to stop a panic attack through breathing.

Over the past decade, a plethora of prestigious academic institutions have published a series of studies that demonstrates the important role that yoga can play in curbing stress. Yoga teachers who have students who may have specific needs because they are overcoming serious disease or in the process of rehabilitation from substance abuse should take note of the following studies.

The Flight or Flight Response

Some of your students may have anxiety. In its most severe form, anxiety can result in panic attacks. The latter arise when the ‘fight or flight response’ is evoked. Essentially, when human beings face a stressor, our body goes into ‘fight or flight’ mode as cortisol (stress hormone) levels rise. These hormones cause us to breathe in rapidly and the result is an overload of oxygen in the system. Our muscles contract - including chest muscles - and the heart rate rises. Sometimes, it can feel like you are about to die or faint.

How can Yoga Help?

Anxious students should know that yoga can play a vital role in their management of stress. One (2017) study published in the journal Frontiers showed that both yoga and meditation positively impact the immunological markers of stress and inflammation. Yoga essentially helps lower inflammation in addition to promoting a better mood and greater vitality. This is good news for the overall health of students, since cortisol also affects our physical health. Being chronically stressed is linked to everything from heart disease to Type 2 diabetes. It can also lead to weight gain, make you feel tired, lower your defenses, and affect your skin.

One study published in Psycho-Oncology has revealed the extent to which yoga can be useful to reduce long-term stress during recovery from serious disease such as cancer. In this study, women with breast cancer who took part in a 10-week program of restorative yoga classes improved in a plethora of areas - including positive emotions, spirituality (feeling calm and at peace), and depression, compared to a control group. The women had a 50% drop in depression and a 12% increase in feelings of tranquillity. The findings also showed that women who started with greater negativity benefited more from yoga. The researchers stated, “Evidence from systematic reviews of randomized trials is quite strong that mind-body therapies improve mood, quality of life, and treatment-related symptoms in people with cancer.” They added that yoga was an ideal mood enhancing therapy to be pursued because it is cost-efficient. Moreover, classes can be adapted to students of all ages and age levels.

For very stressed students, hatha yoga can be a good place to start. In this class, they inevitably learn the powerful art of pranayamic breathing. To make the process easier, ask them to take various seconds to inhale air, extending their bellies as they do so. Next, ask them to take even longer to exhale. You might use a gong or music to indicate when it is time to inhale and exhale. As soon as your students take in a couple of deep breaths, they should notice their heartbeat reducing, going from a thumping state (if they are stressed at the time) to slow and steady. This sensation can help them feel more in control of their bodies and can enlighten them on their own ability to stop a panic attack through breathing. The coordination of asanas with the breathing and a little meditation afterwards, can increase this sensation.

Recent research indicates that yoga can help not only with panic attacks and noticeable stress, but also with the effects that chronic stress can have - including a loss of focus. One study by researchers at Trinity College Dublin found that meditation and pranayama sharpened the mind and strengthened the ability to focus on tasks, apart from reducing stress. This is crucial to anyone with anxiety since when that ‘fight or flight’ response kicks in, it becomes so hard to focus on the present moment; on the cold hard facts. They are not dying. They are simply experiencing muscular contractions that are painful and scary but these will stop if they just breathe.

Students should be encouraged to make meditation part of their daily strategy to tackle stress. Explain that meditation may take them a little longer to ace than pranayamic breathing, though the latter will help them hone the focus they need for the former. When practising meditation in class, ask students to keep their mind ‘in the here and now’, even when they are feeling anxious, sad, scared, or angry. These negative emotions should not be pushed away, since doing so will only worsen their anxiety. When they learn that they do not have to fight these feelings, they can feel liberated and meditation can become a pleasurable pursuit. Encourage them to read books on meditation as well.

Encourage them to see daily yoga practise as part of self-compassion; of being kind enough to themselves to to pursue a practise that has been healing people physically and mentally for centuries.

Yoga has been found to be a big aid in terms of lowering stress and enhancing mood. If students are  battling a serious stress-related condition like anxiety or depression, they should ideally embrace yoga daily to buffer the effects of a hard day at work or in their personal lives. If your students work outside the home, encourage them to allow a few minutes a day for yoga - the sunrise and sunset are ideally beautiful times. Encourage them to see daily yoga practise as part of self-compassion; of being kind enough to themselves to to pursue a practise that has been healing people physically and mentally for centuries. 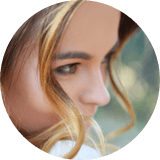 For many years OCD and anxiety controlled Issy Lovett's life, when she became a health worker and later, underwent therapy she learned to understand and accept her behaviors as well as keeping them under control. There are no easy ways out, but Issy firmly believes in talking therapies as a solution, alongside yoga, and a good healthy diet. She now lives with her long term girlfriend and their puppy dog, and writes for a living

How to Make Sure Your Yoga Studio is Found on Google

Most people start their search for yoga classes online. Most people will use Google to do this. So Google is the place to start if you want to improve your ranking in the search results.

Your Yoga Studio and Social Media

Why Every Yoga Teacher (or Studio) Should have a Newsletter

In this article we will focus on a relatively older form of marketing: email. Having a good mailing list with yogis is really effective to get and keep people’s attention on what is going on at your yoga studio.

Quick Guide: Start A Blog for Your Yoga Studio

In this article we will focus on how to build a blog, how to create content for it and how to share it with your network and the rest of the world!